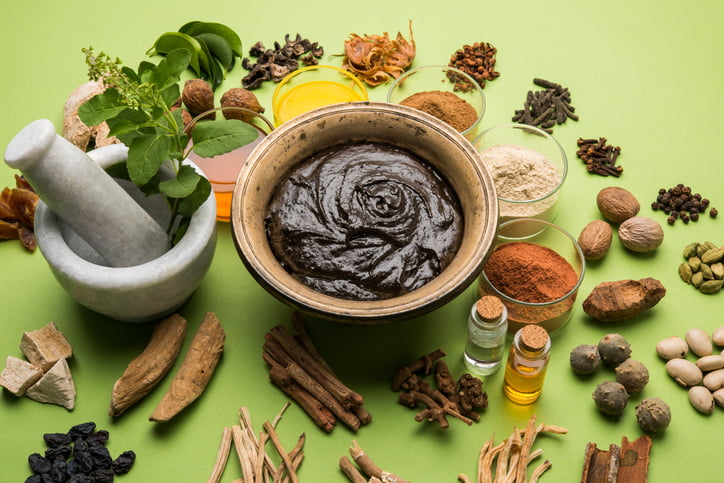 There was a news item recently that the Gujarat government had successfully intervened with Ayurvedic medications. It has ensured that people who were in quarantine did not get infected with the coronavirus. While we’re happy and proud of it, we cannot ignore the irony.

A system of medicine in existence for almost 2,000 years, which is approved by the Government of India, with an elaborate pharmacopoeia written in one of the world’s oldest languages—Sanskrit—has the ignominy of only being used for prevention! Why not treatment? The answer lies in our lack of faith in our own approved systems.

Ayurveda is not, as some people think, a list of grandmother’s remedies put together. It is an elaborate system of medicine propounded by great vaidyas of their times. Charaka, who lived probably in 300 BC, propounded this system of medicine, which has been explained and summarised by physicians who came after him.

Sushruta, yet another stalwart, is known as the ‘father of plastic surgery’. Vagbhata was a Buddhist physician. These three physicians laid out an elaborate framework of medicine, which is nothing short of brilliant.

And yet a nation of 1.3 billion people has to submit to Western systems of medicine, which is killing people by the thousands by benign neglect. I won’t say more because I may say something, which could be considered indiscreet and offensive. Let me for the benefit of the readers elaborate on two important medications, Sudarshana Churanam and Vidaryadi Ghritam.

In 2009, I had written in these very columns about Sudarshana Churanam. I had said that it was a frontline defence against many fevers. I learnt about it again when I was undergoing my five-and-a-half-year Bachelor of Ayurvedic Medicine and Surgery (BAMS) course.

I not only study the great Ayurvedic texts but I also study the principles of Western medicine. I am in a good position to compare the two and let me tell you that Ayurveda wins hands down except when it comes to handling emergencies and surgeries.

Sometimes the emergency treatment is also a failure as witnessed by the response of patients to allopathic care in the US and Europe. Sudarshana Churana contains about 50 herbs. The main ingredient is Andrographis paniculata called Nilavembu in Tamil.

In Tamil Nadu, the Siddha vaidyas have a medication called Nilavembu Kudineer with the main ingredient being Andrographis paniculata. Black pepper, dried ginger, vetiver and vilamichai ver, sandalwood etc. are the other ingredients in the formulation. It was used to good effect during the chikungunya and dengue epidemics in Tamil Nadu when I was Secretary to the government heading the health department.

Despite so much empirical evidence and treatment outcomes, this obsession with only outcomes of Randomised Control Trials (RCT) is quite baffling. The ayurvedic system does not need to prove anything to the Westerners.

If they don’t want to accept Sudarshana Churanam as a treatment for viral infections, we should have the confidence to say, hey, it is your loss. The proof of the pudding is in the eating. Some vaidyas are ‘scared’ that if we prove that Sudarshana is effective, Trump might want to order it by the tonne and India may be left ‘Sudarshanless’. Many people today complain of a certain dryness in their throat and a kind of dry cough.

In addition to Sitopaladi Churanam with honey, Vasa Arishtam and Vidaryadi Ghritam prove to be quite effective in controlling dry cough. Most vaidyas prescribe about a quarter teaspoon of Sitopaladi Churanam with honey. This is to be taken three or four times a day. Vaidyas are careful to prescribe Vasa Arishtam only to those who don’t have a pitta prakriti or a burning sensation in the stomach.

For those who don’t have a pitta prakriti, 10 to 15 ml of Vasa Arishtam after food is very effective. For Vidayardi Ghritam, the dosage usually prescribed by vaidyas is one tablespoon of melted ghee before food. It contains the oil and water-soluble phytoactive principles from 19 herbs. The preparation contains the five laghu pancha mulas, vidari, castor, Cedrus deodara, Boerhavia diffusa, Asparagus racemosus and others. Vidari is also a known immunomodulator. The ghee is extremely effective in dealing with dry coughs. Our vaidyas not only knew how to take out the active principles which were only fat-soluble but also how to soothe a raw throat with unctuous medications. Unlike allopathic throat lozenges, these medications truly cure.